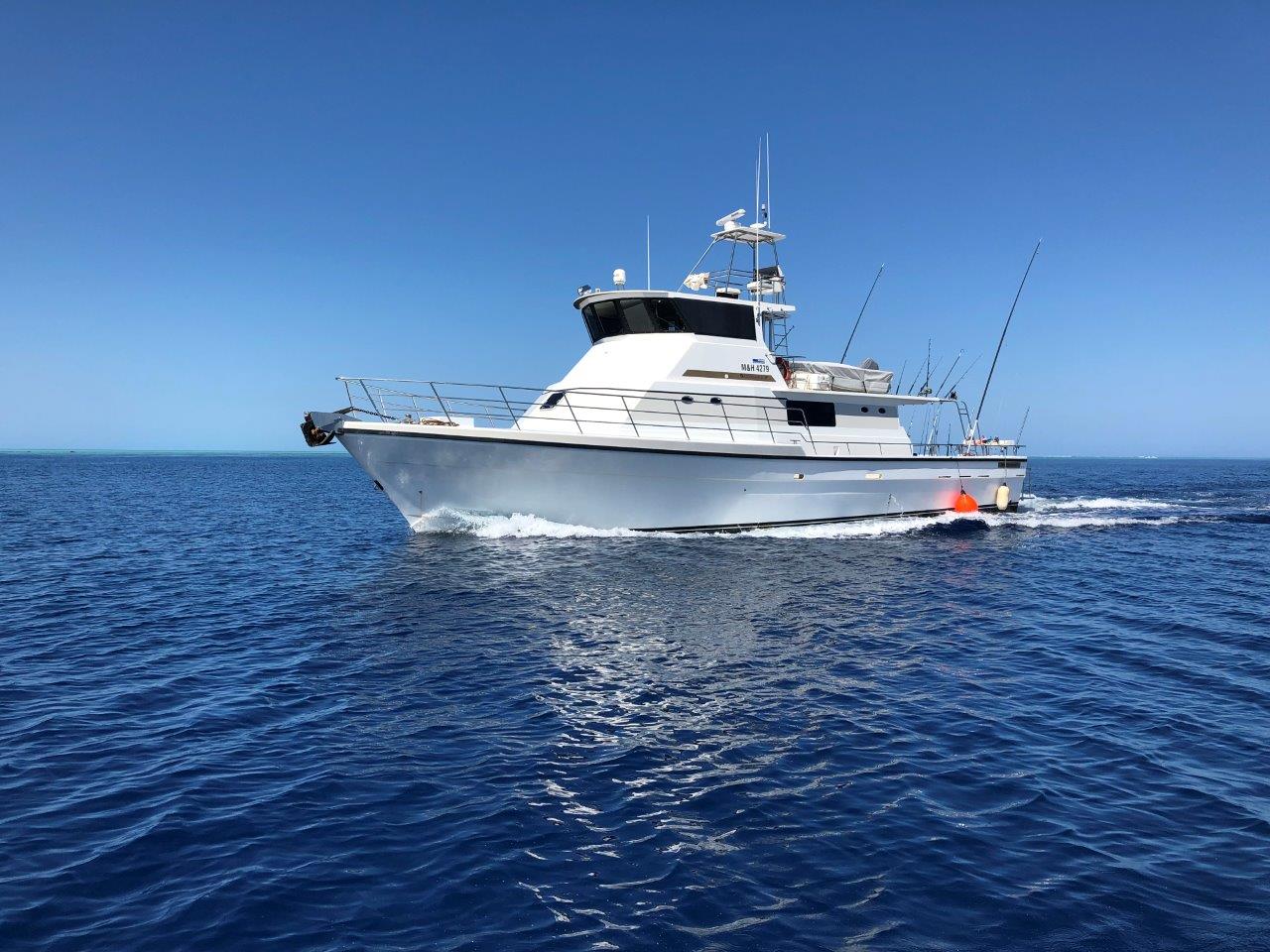 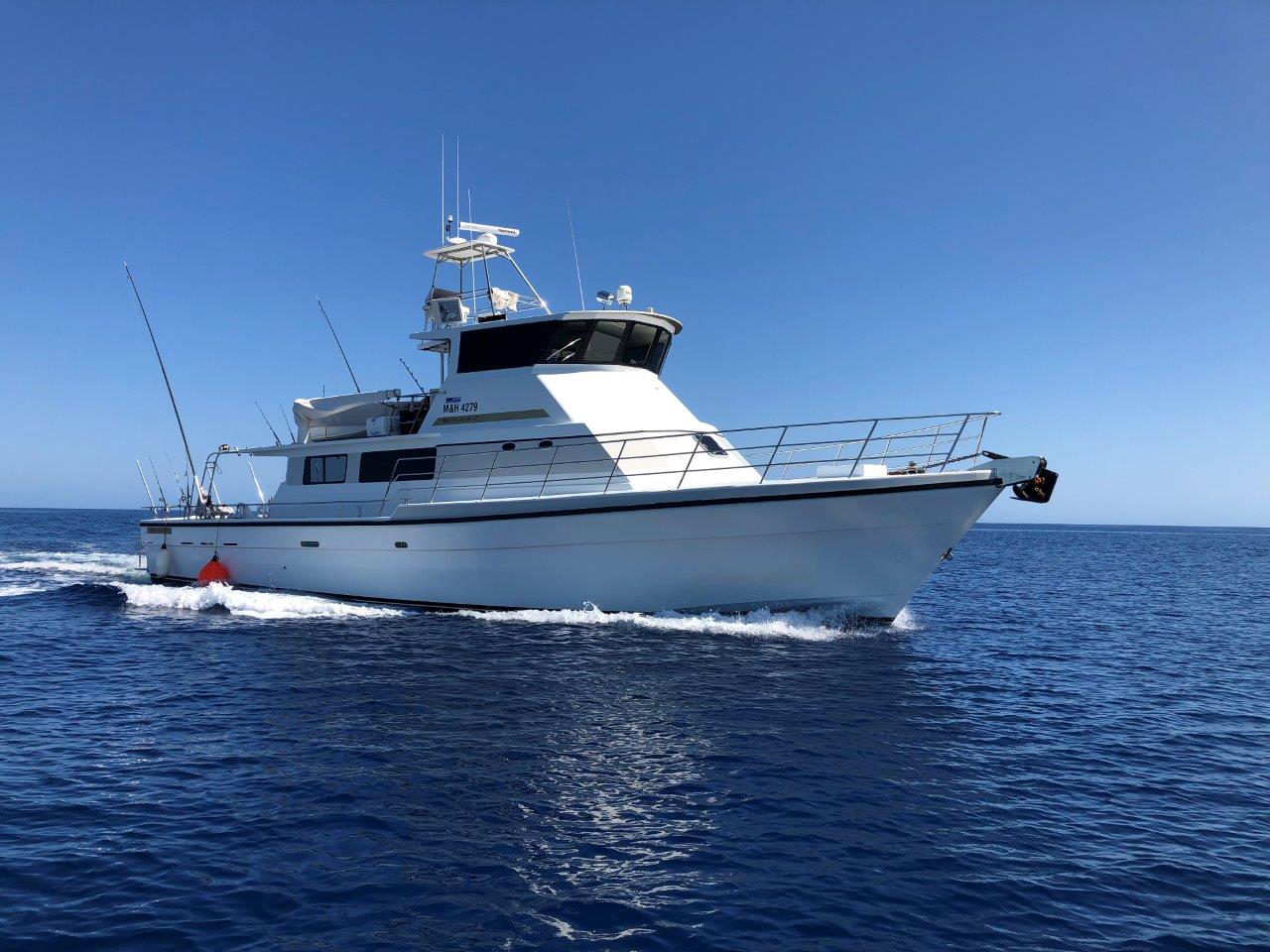 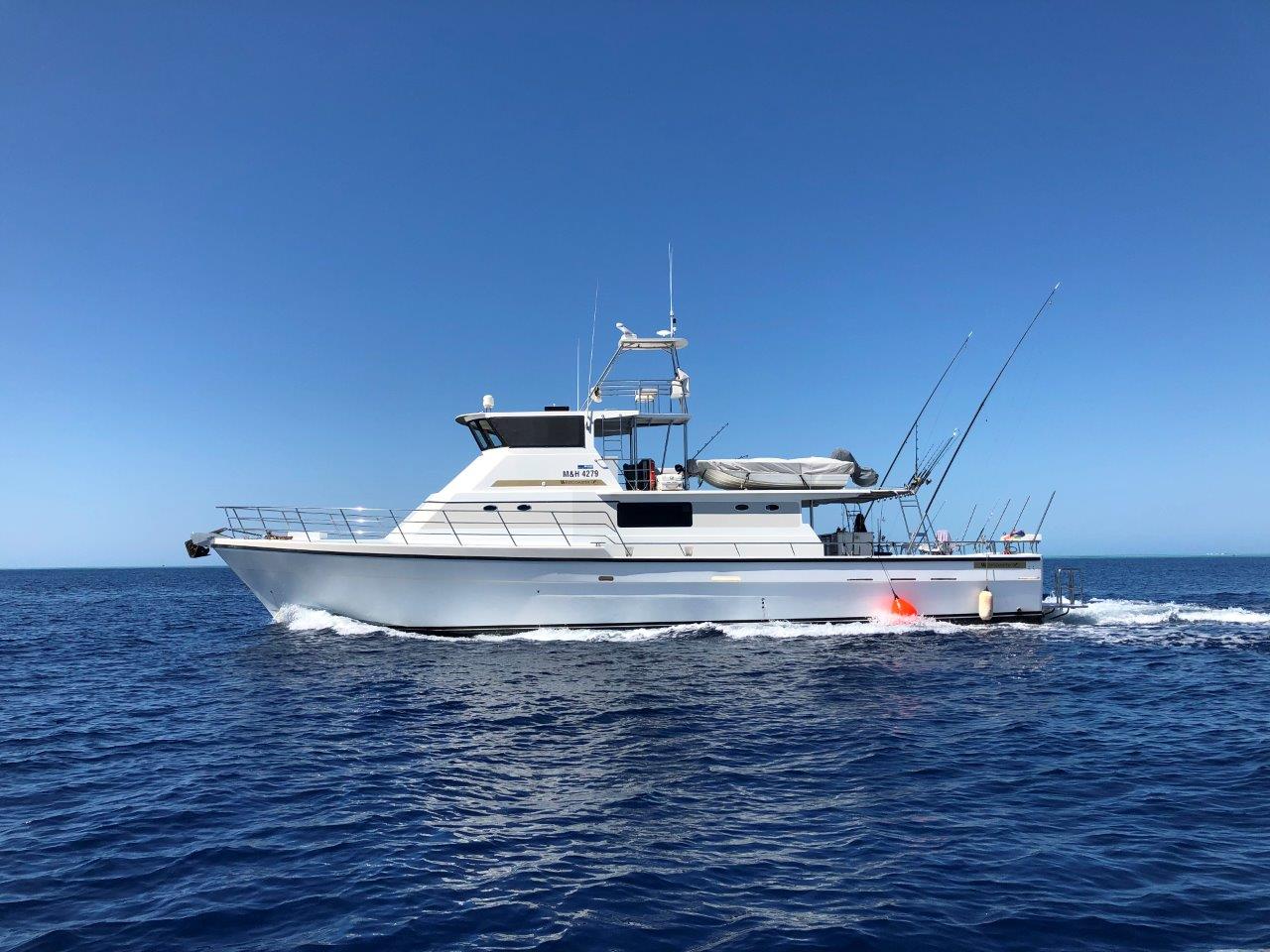 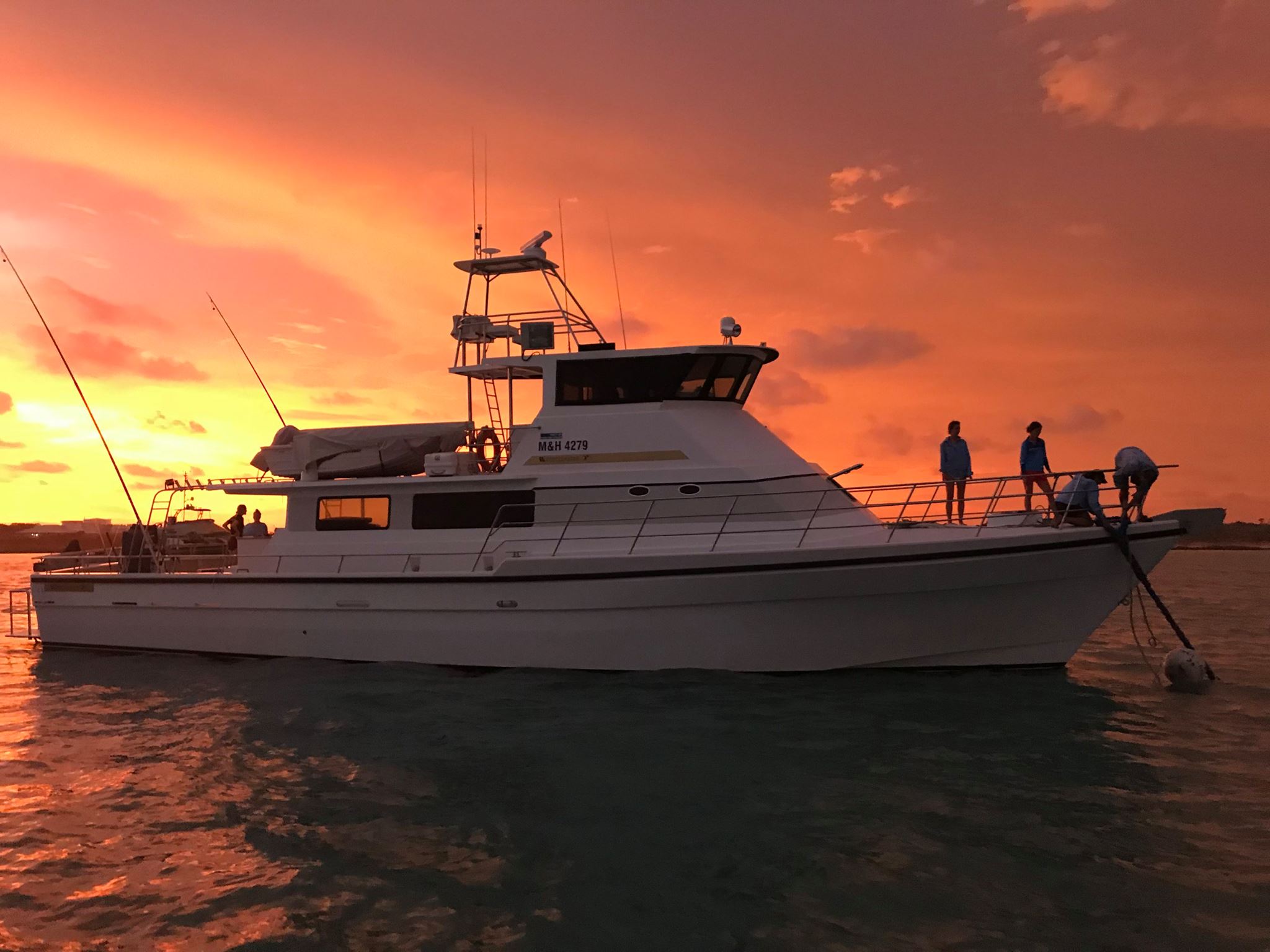 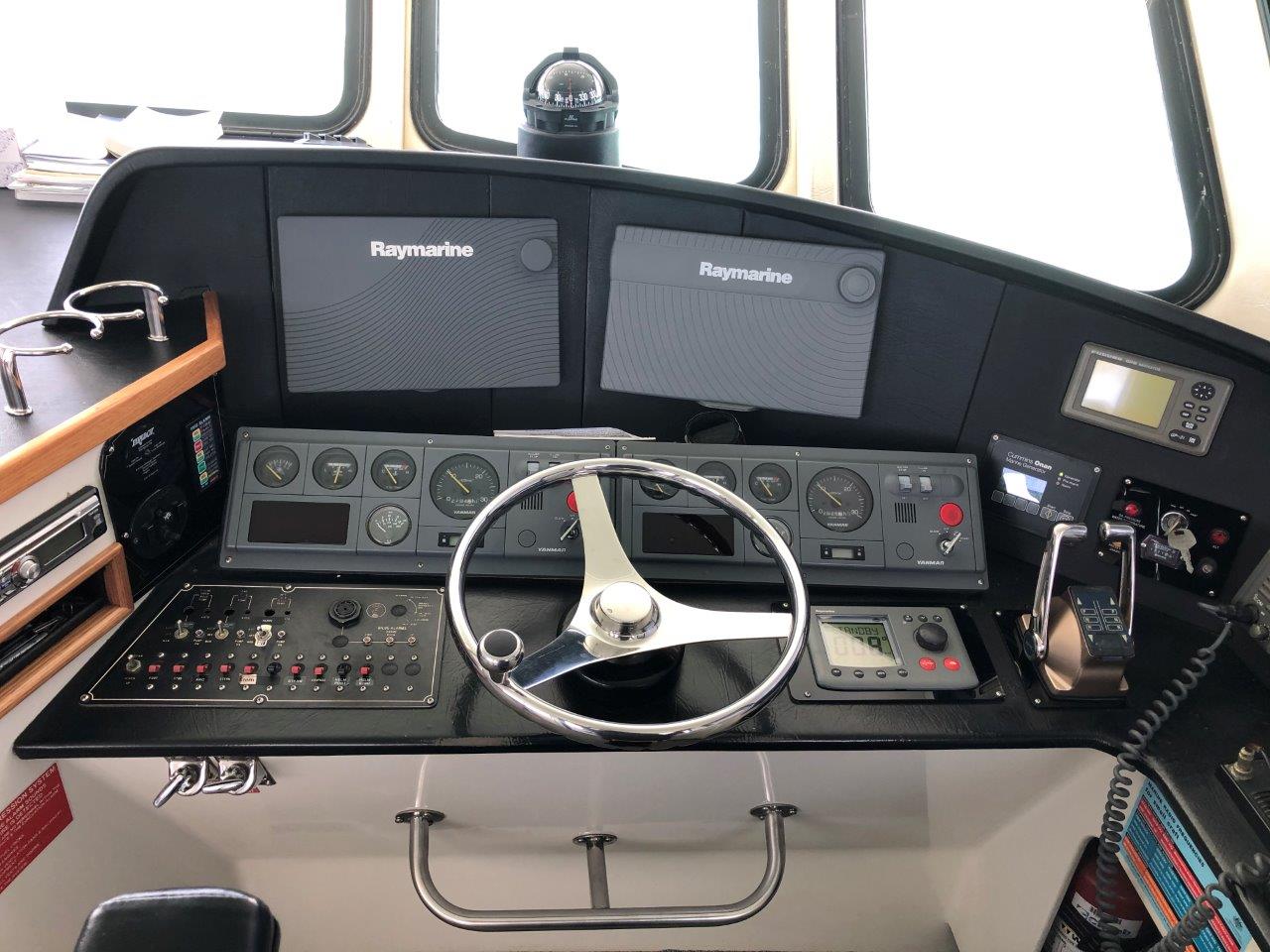 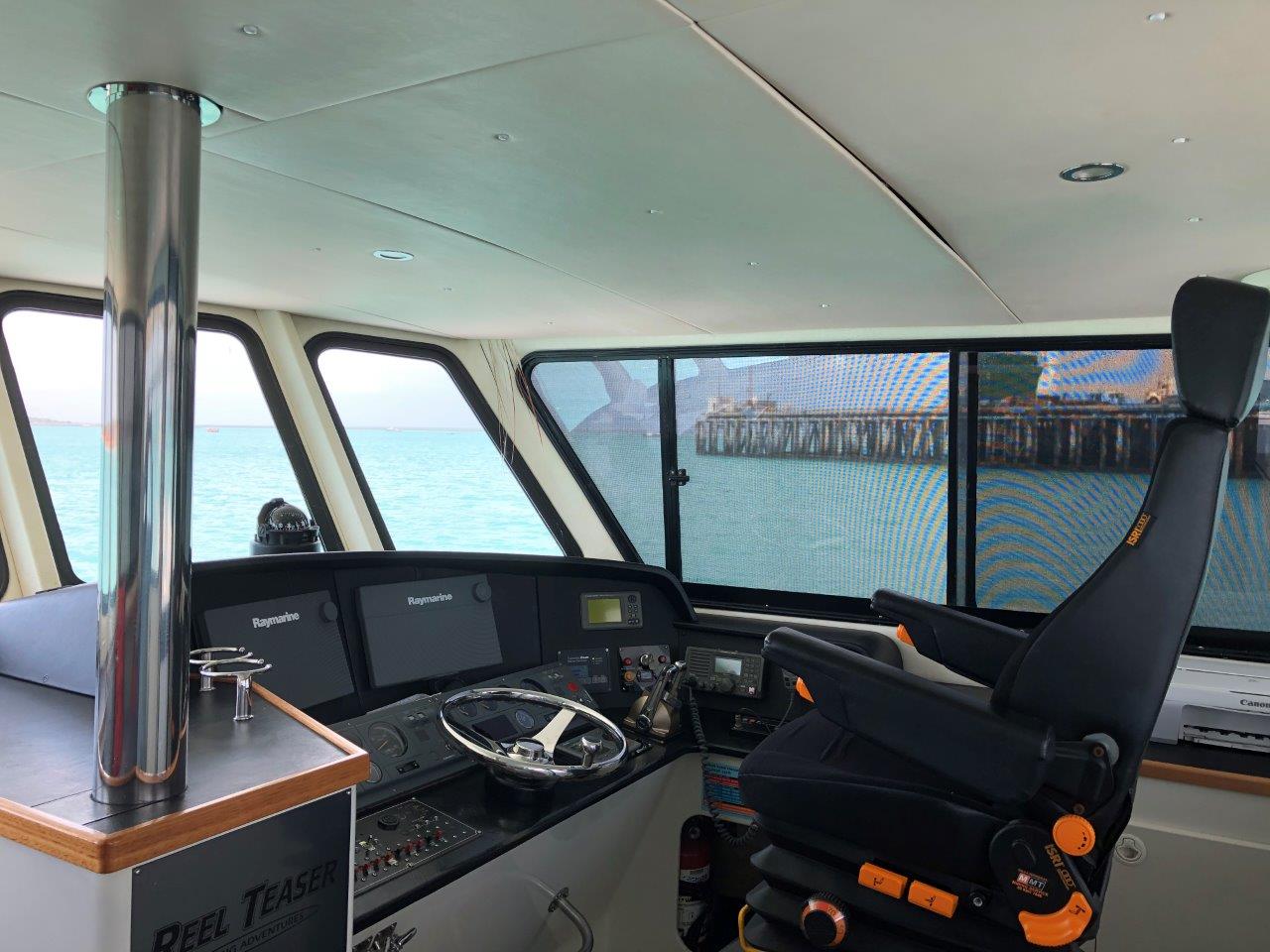 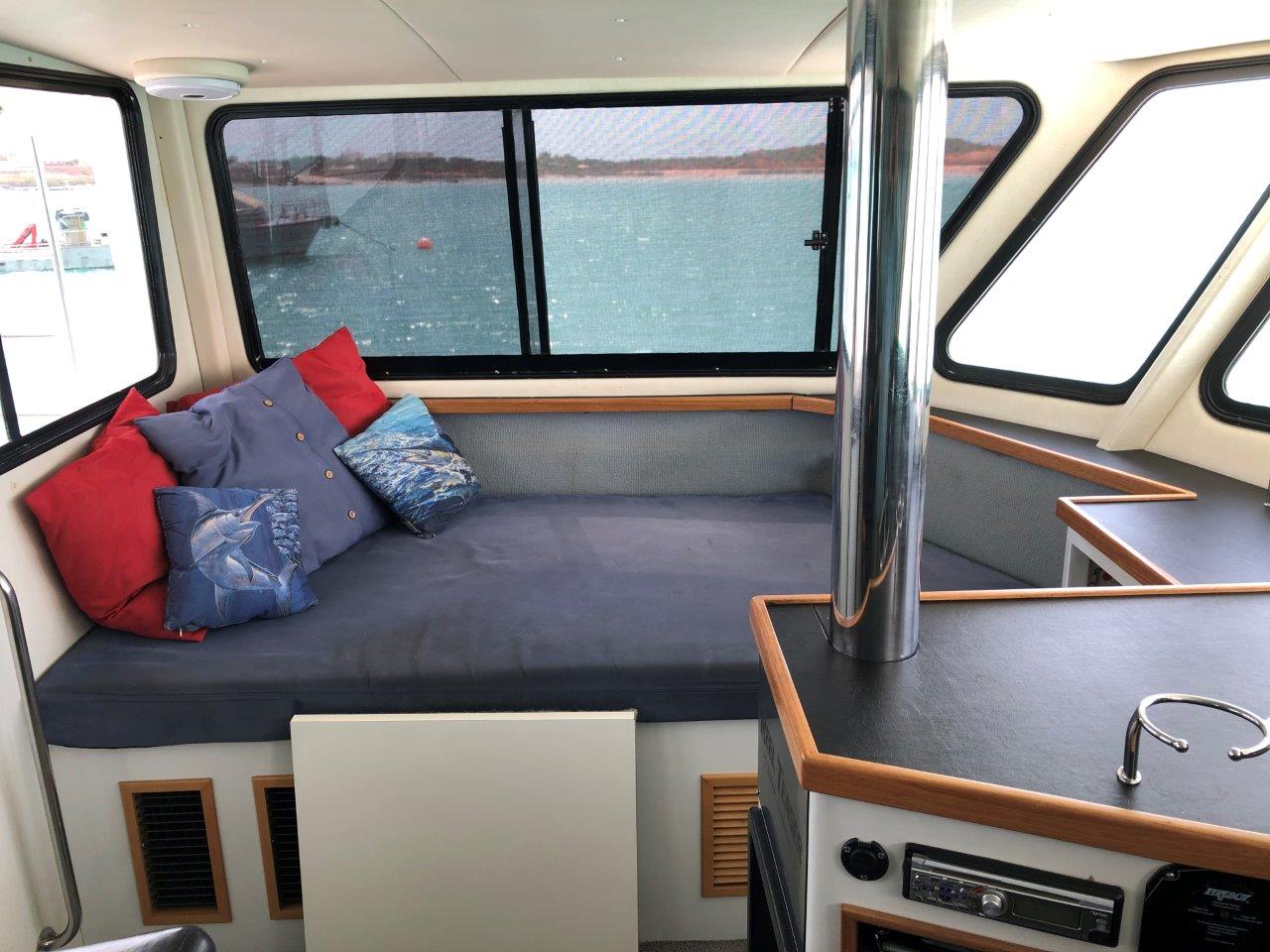 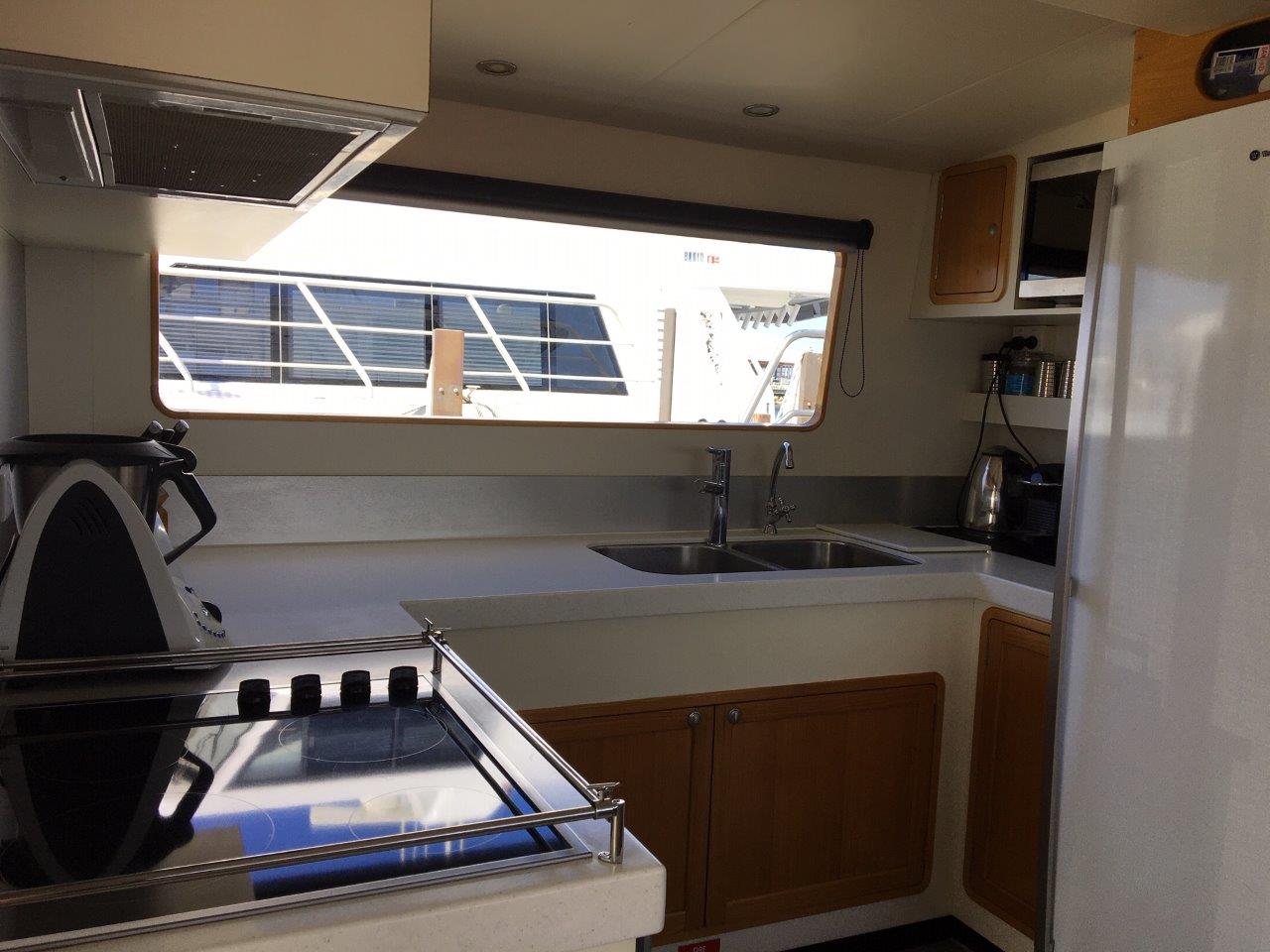 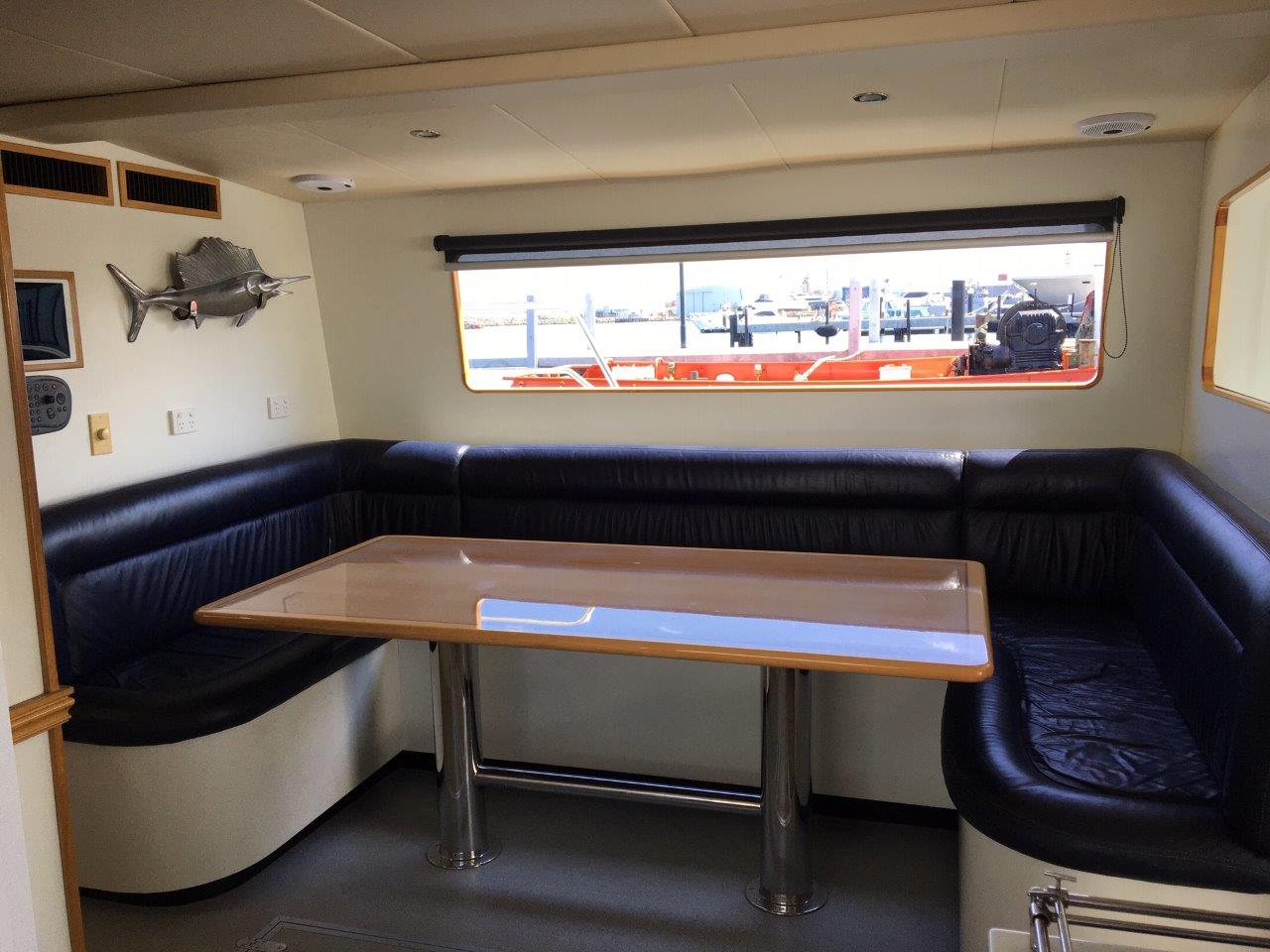 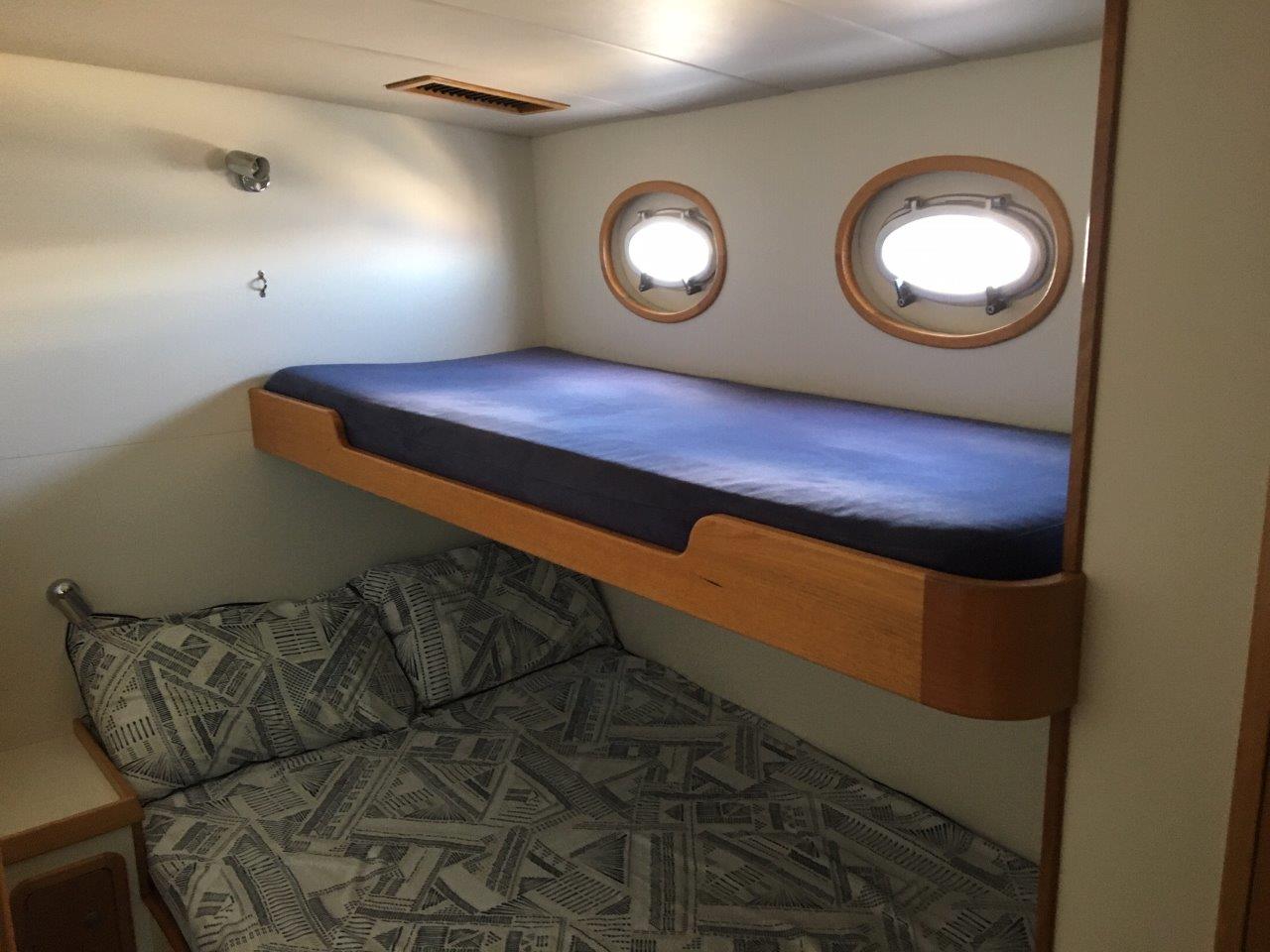 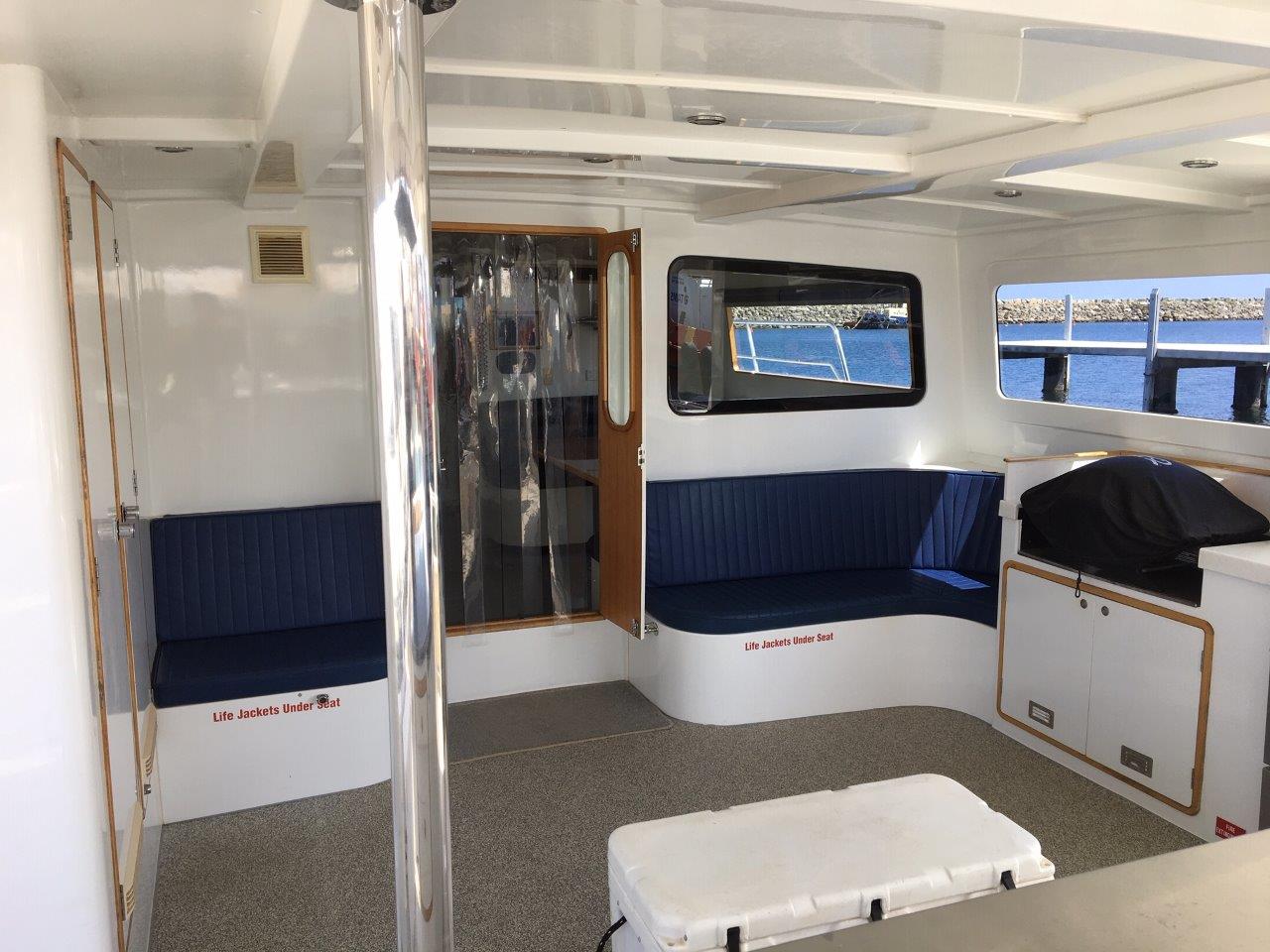 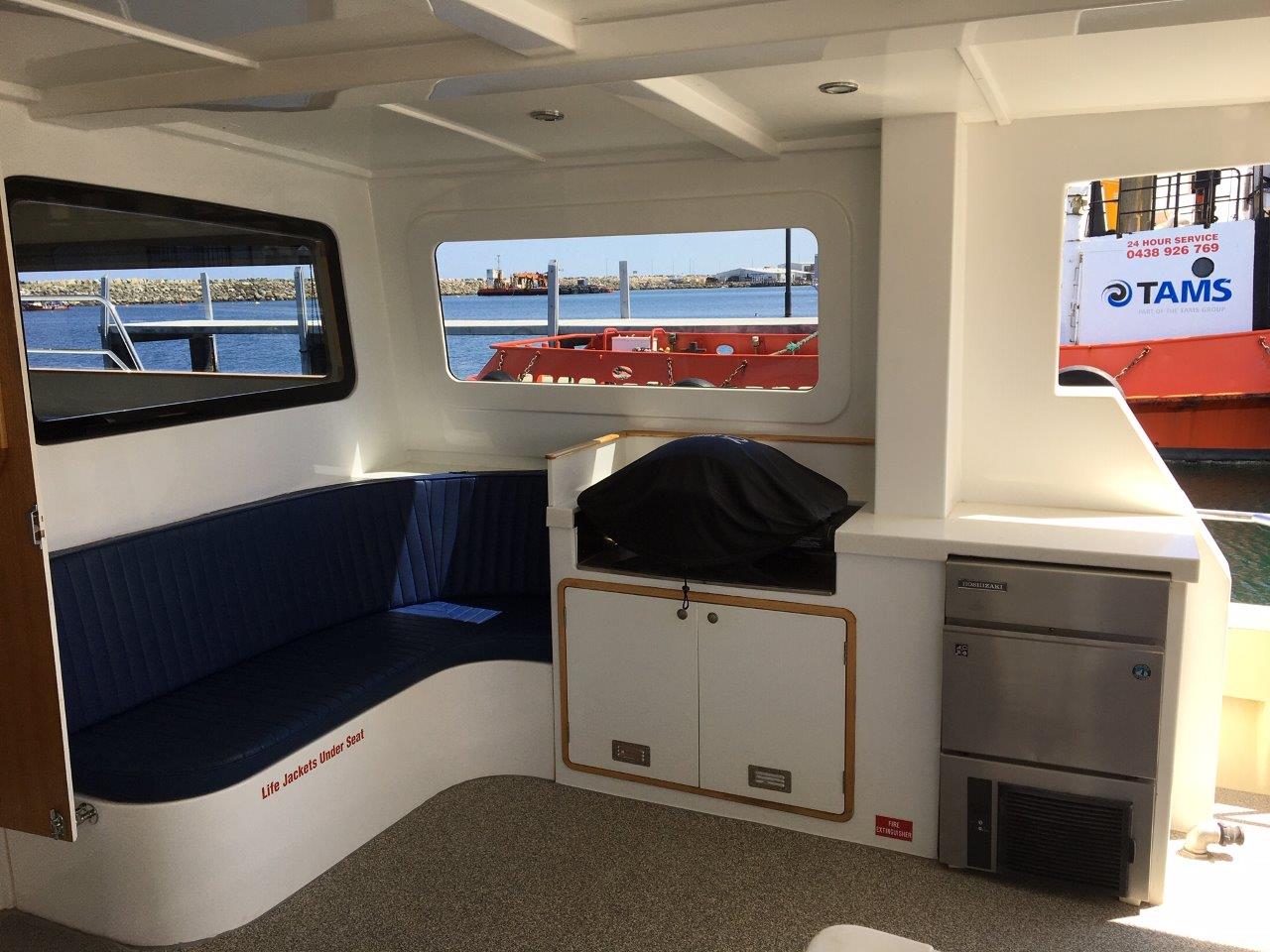 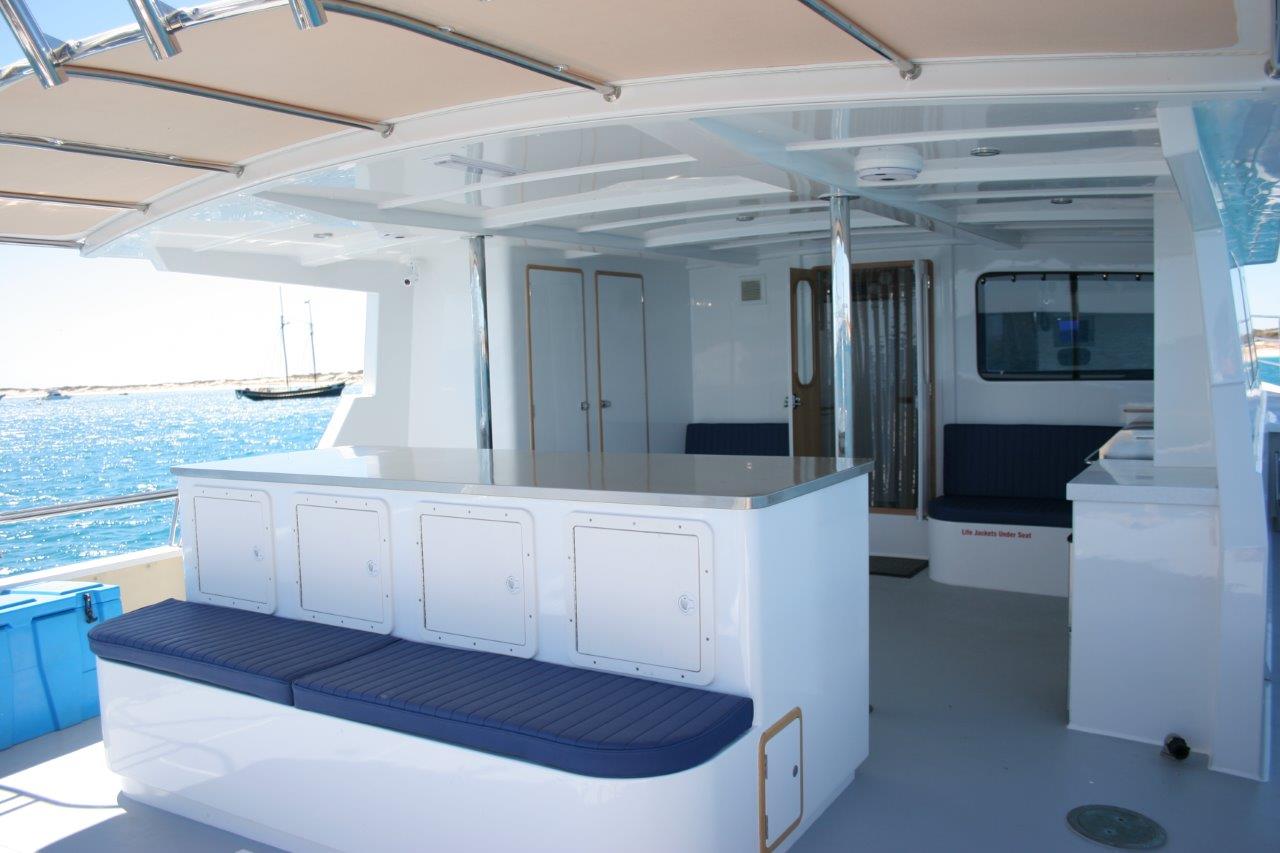 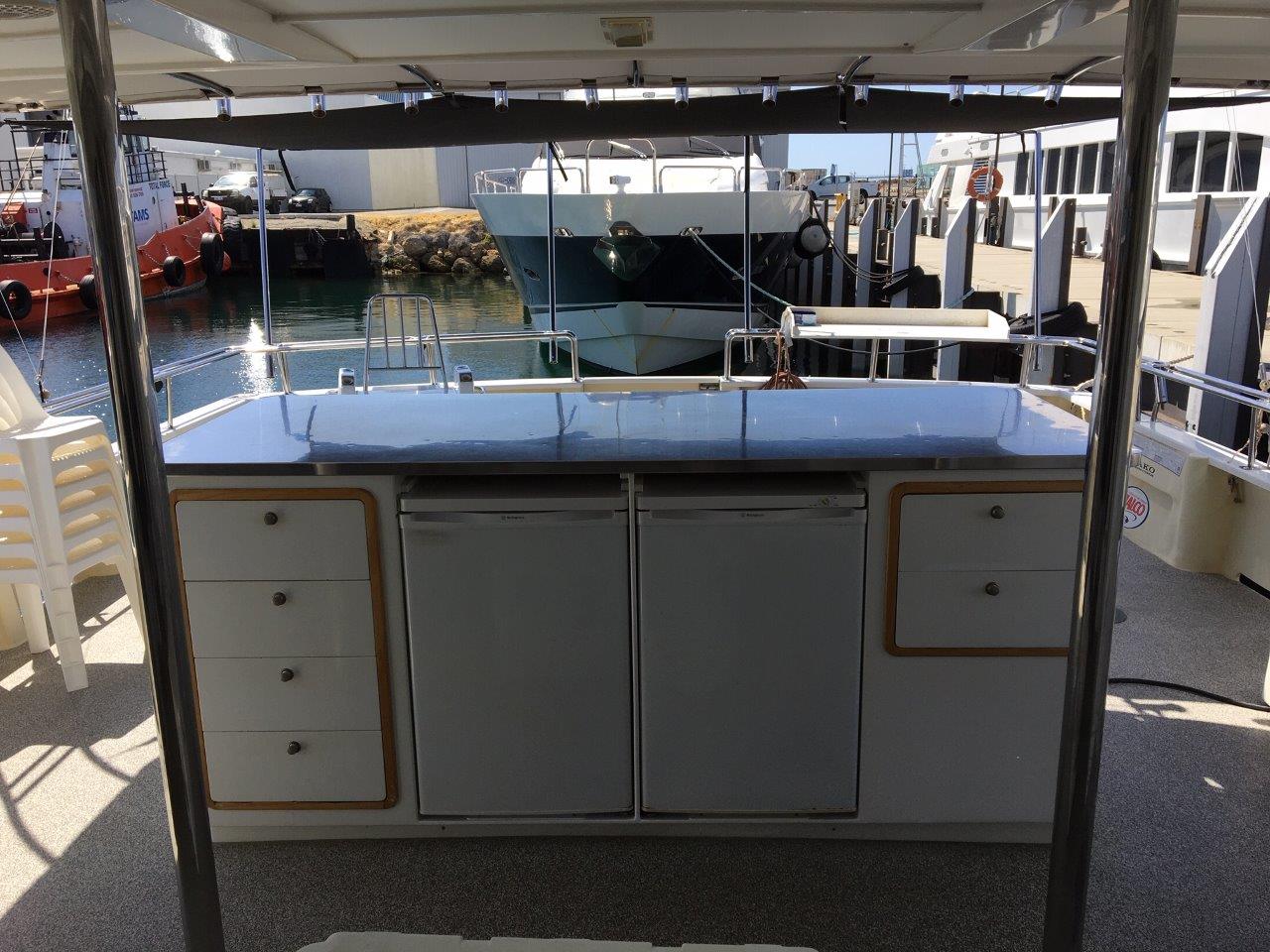 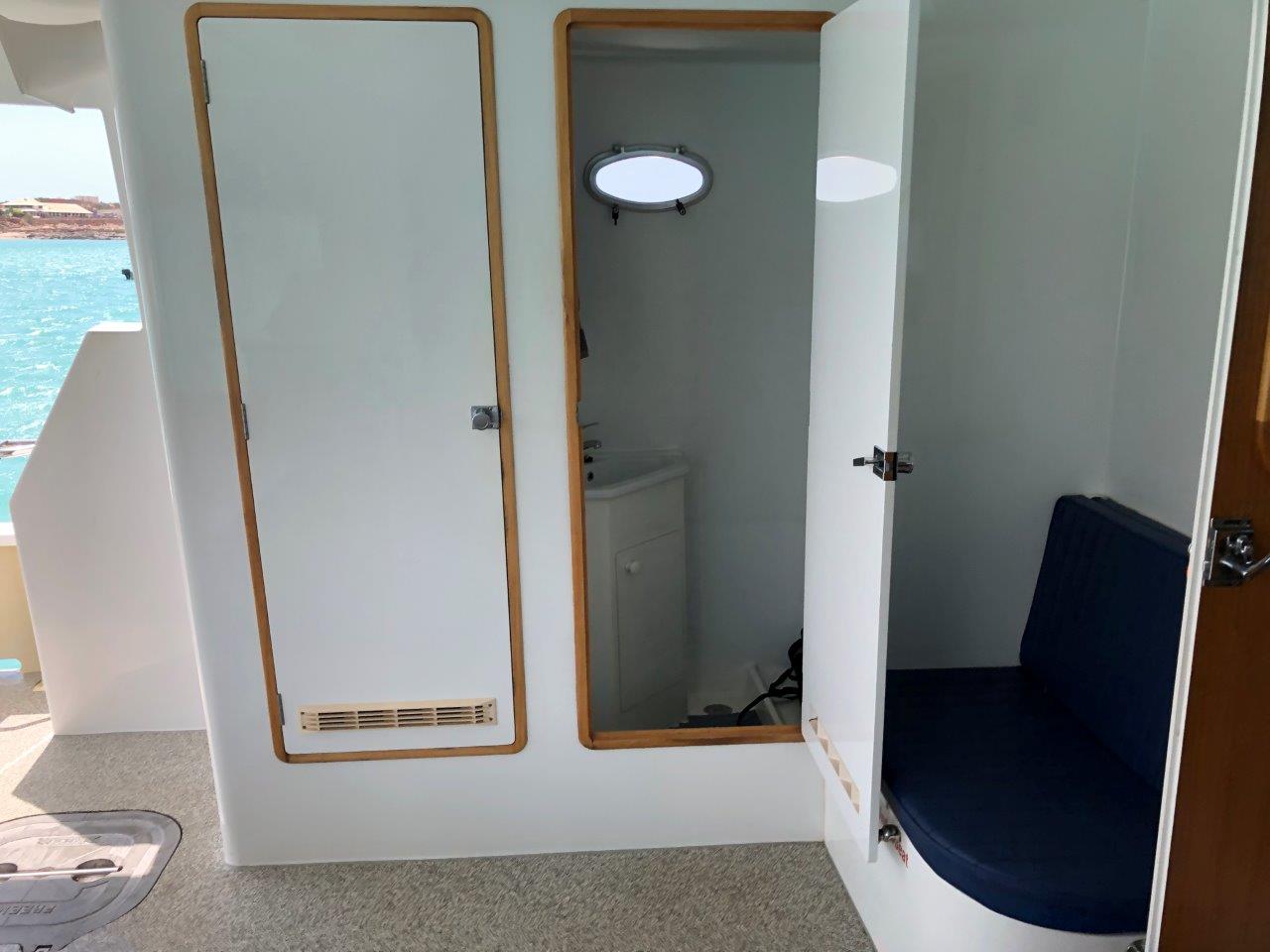 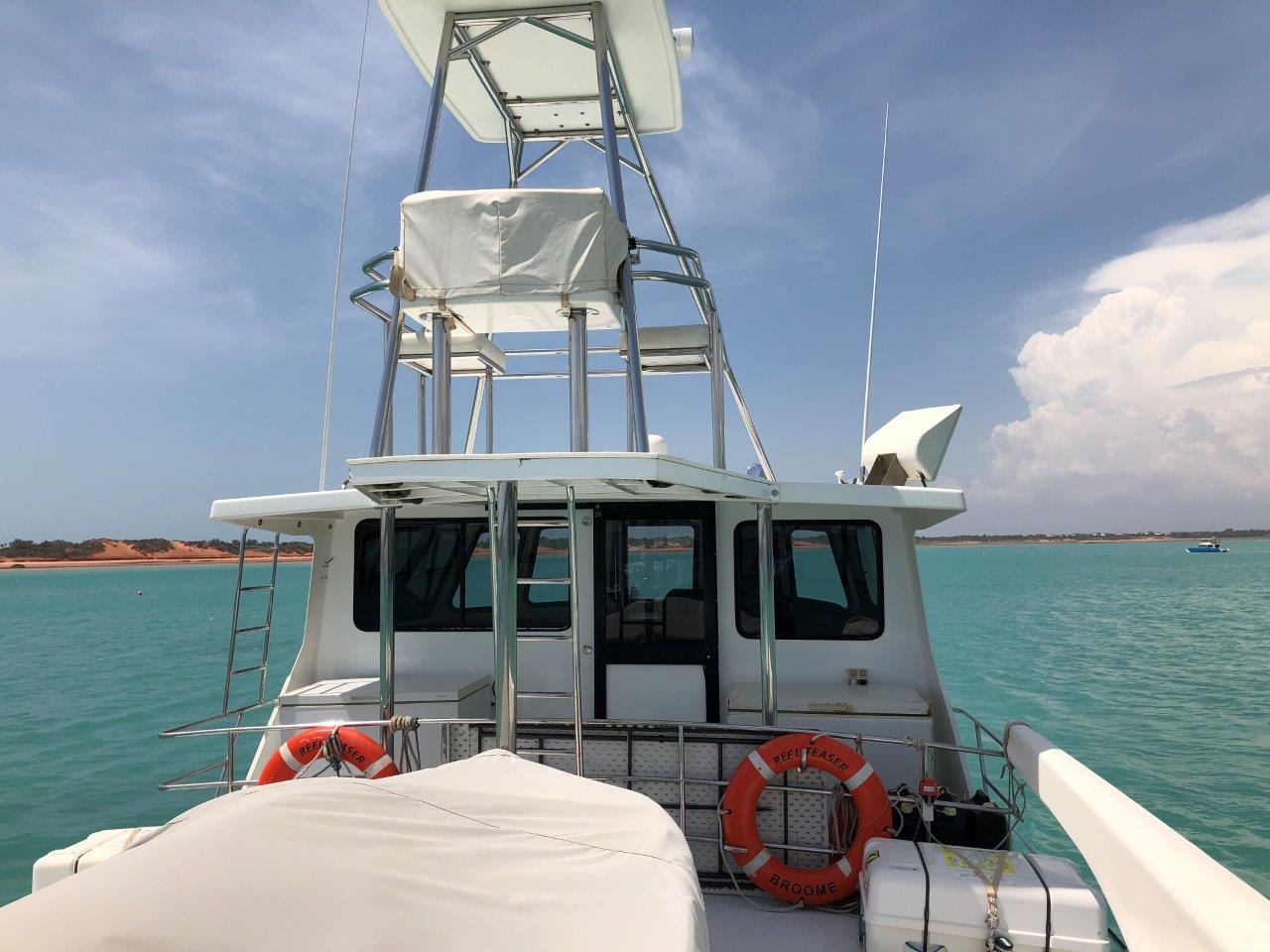 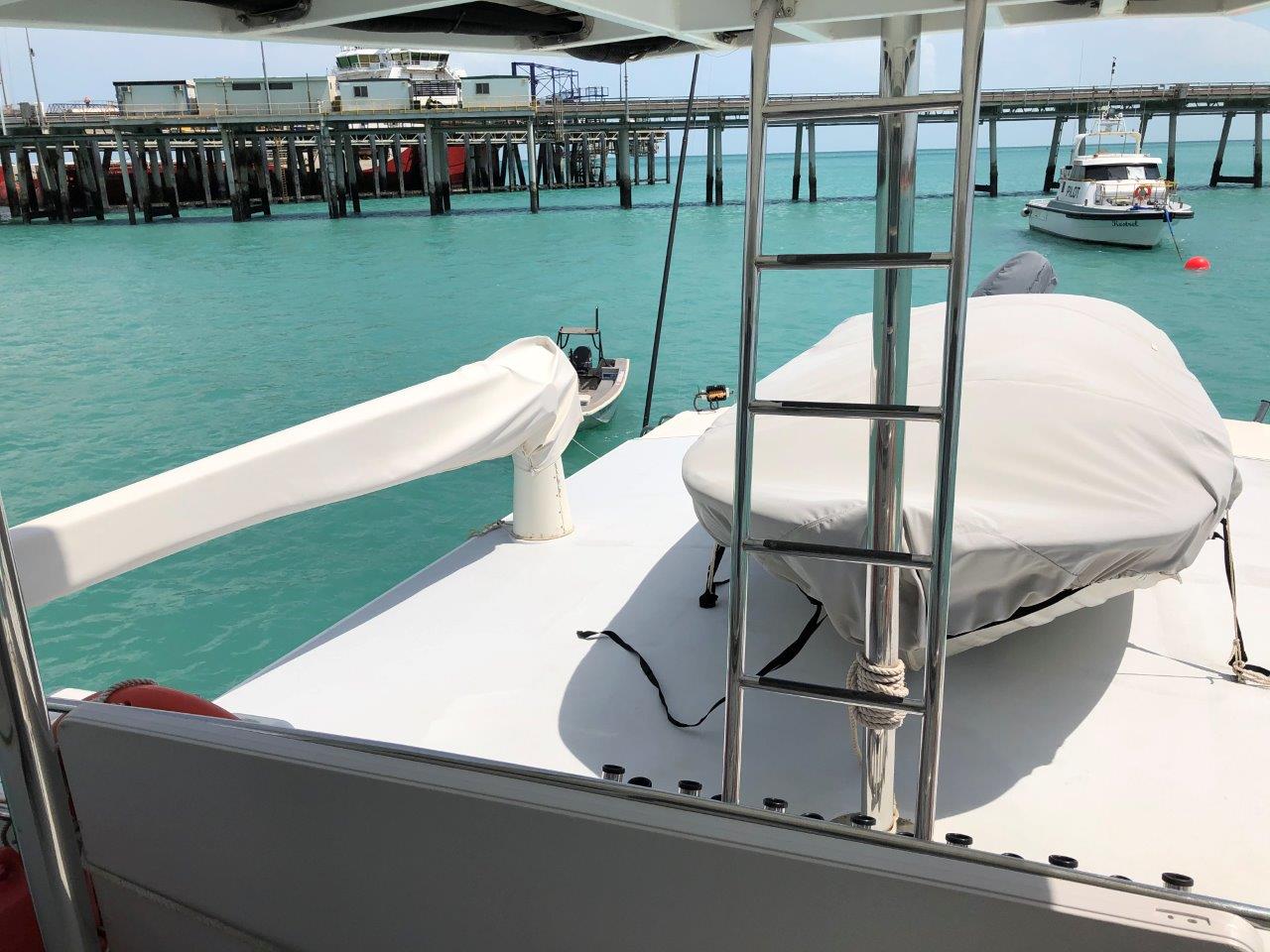 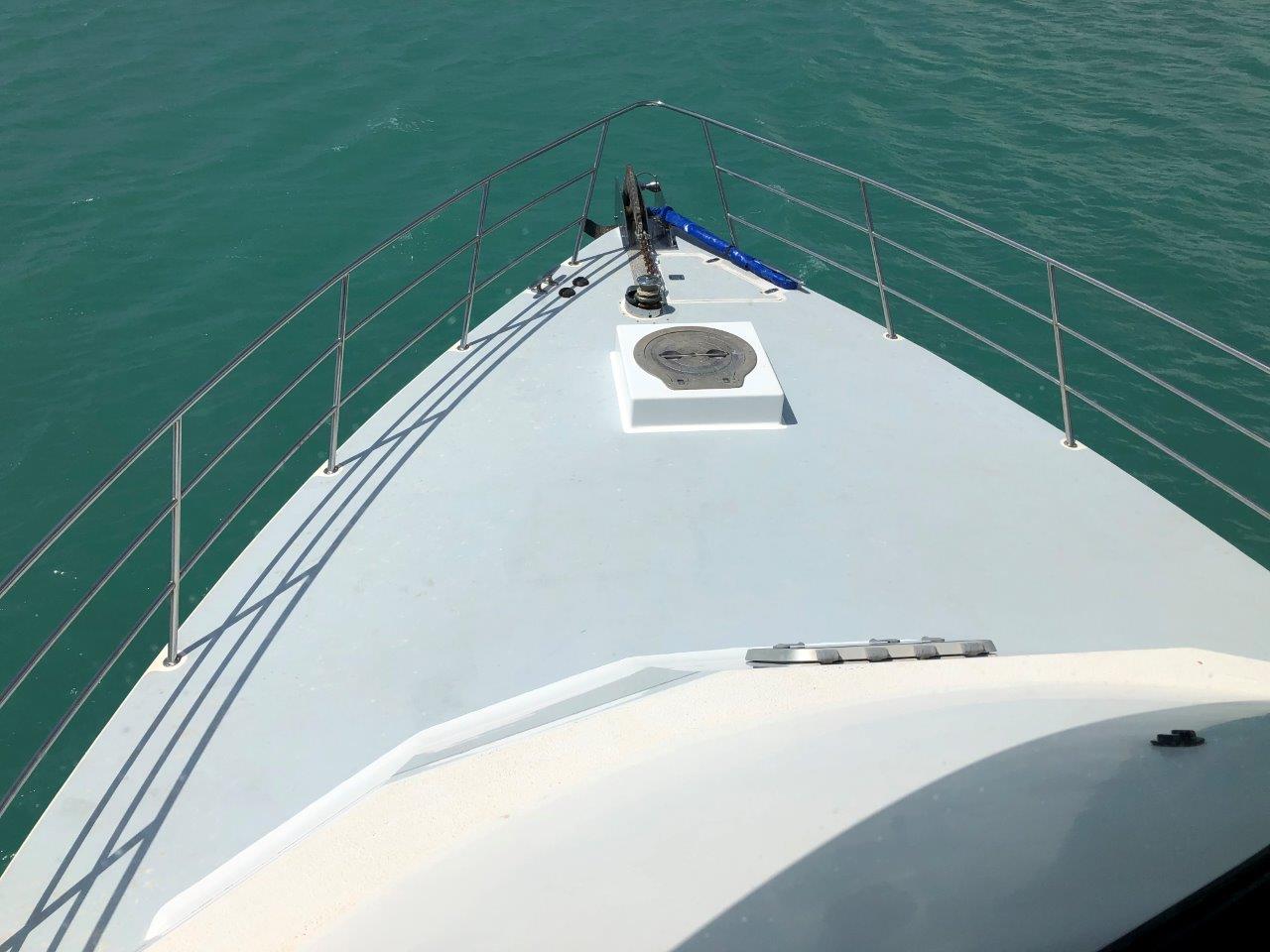 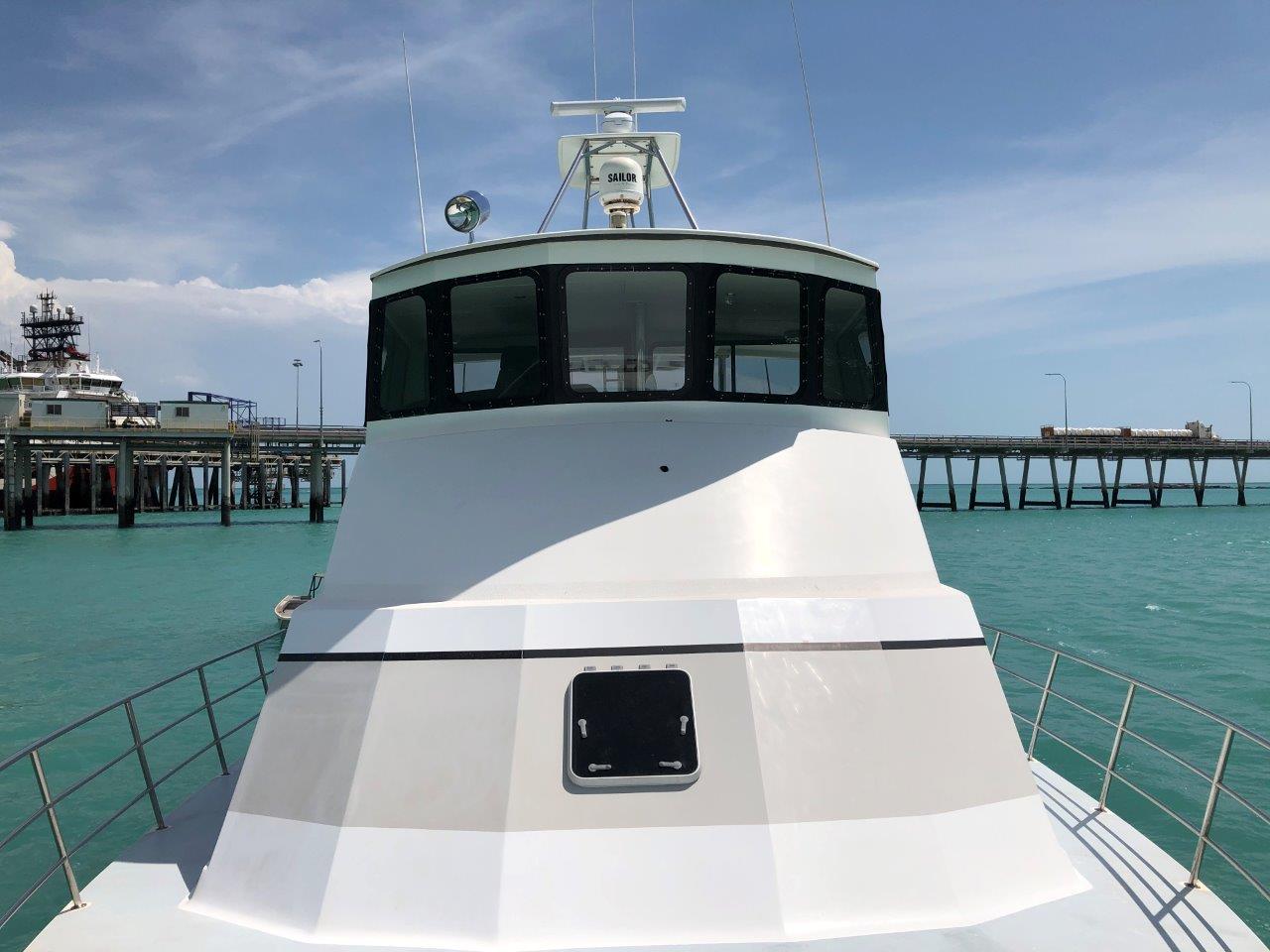 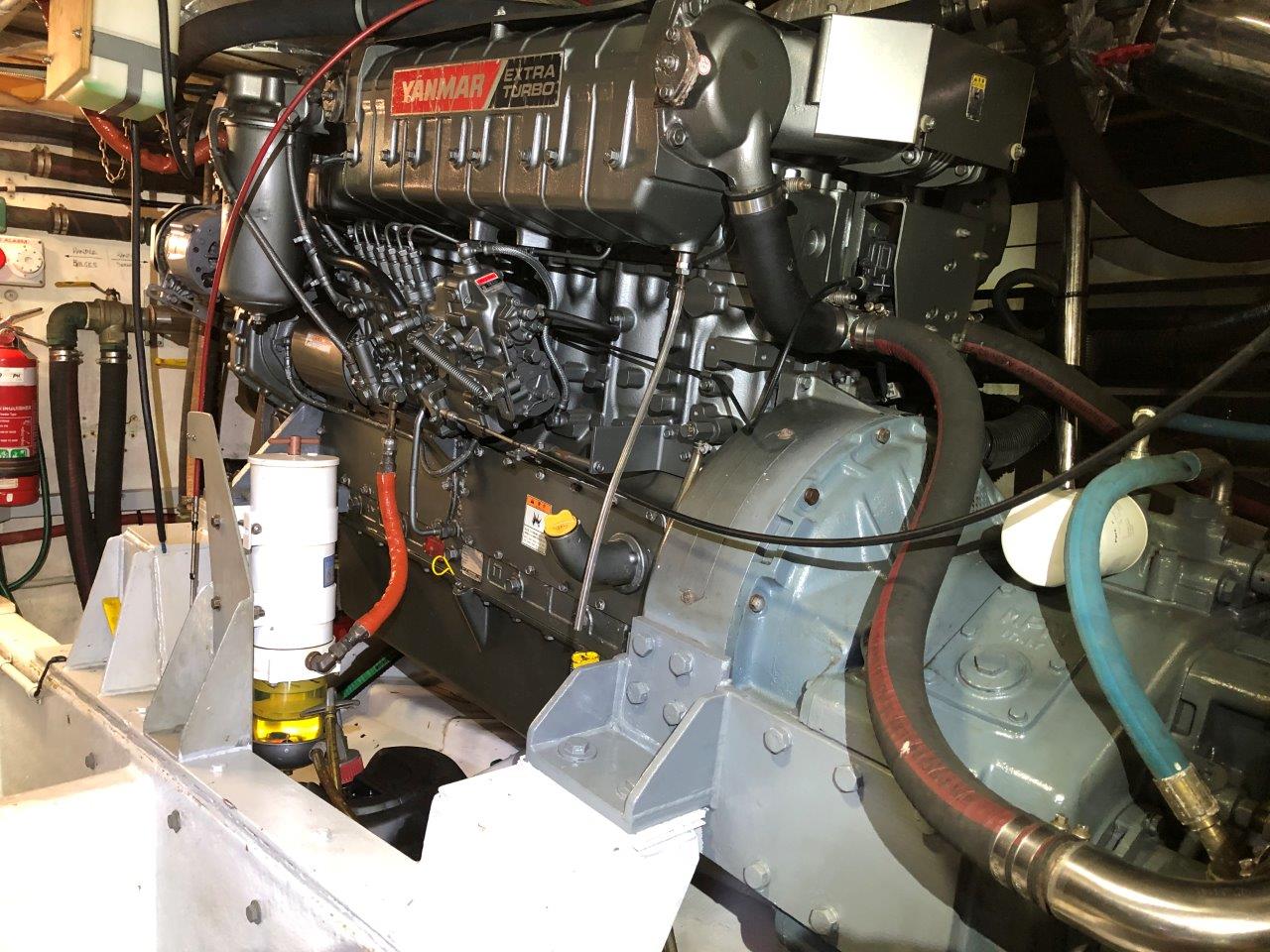 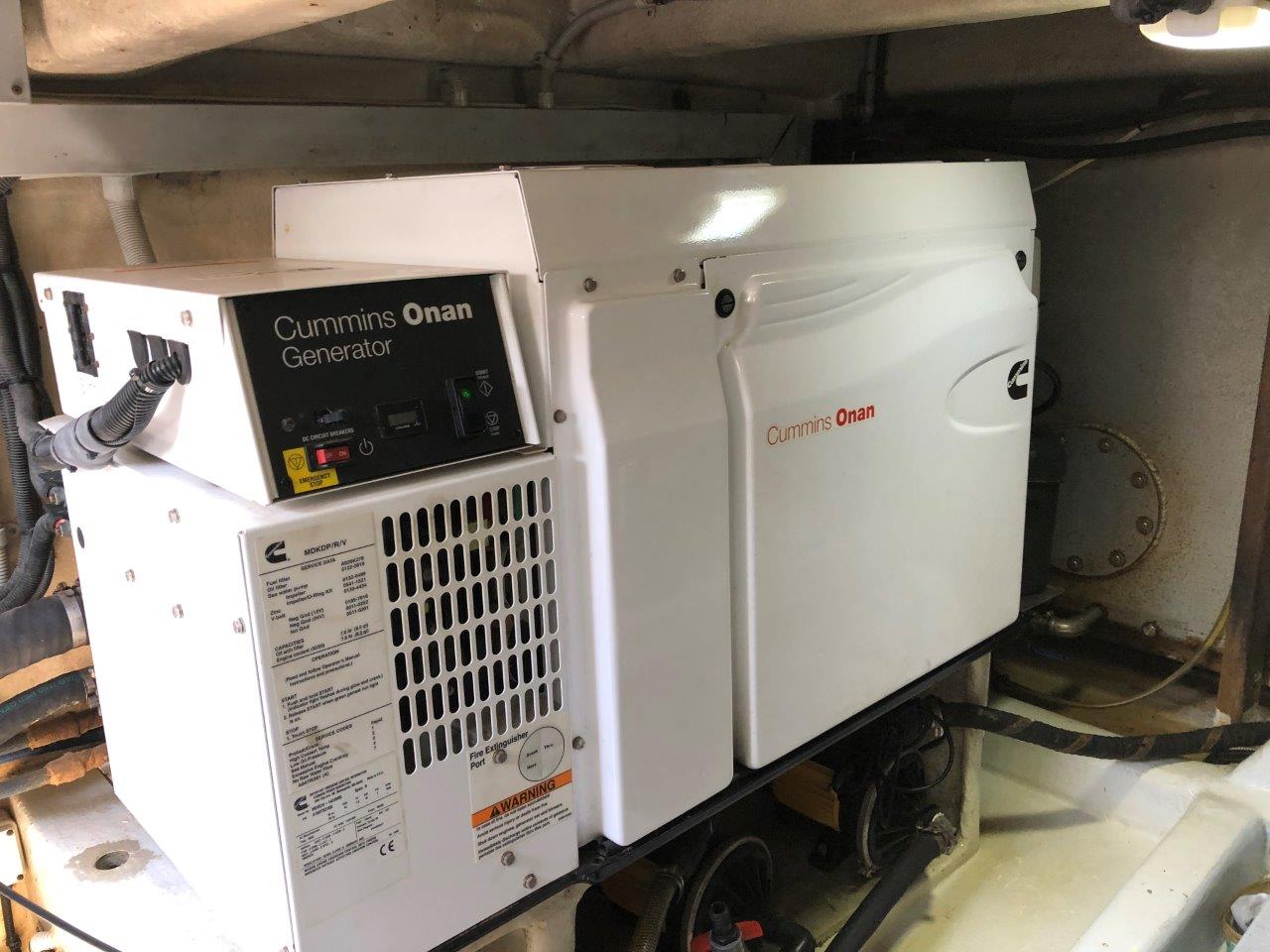 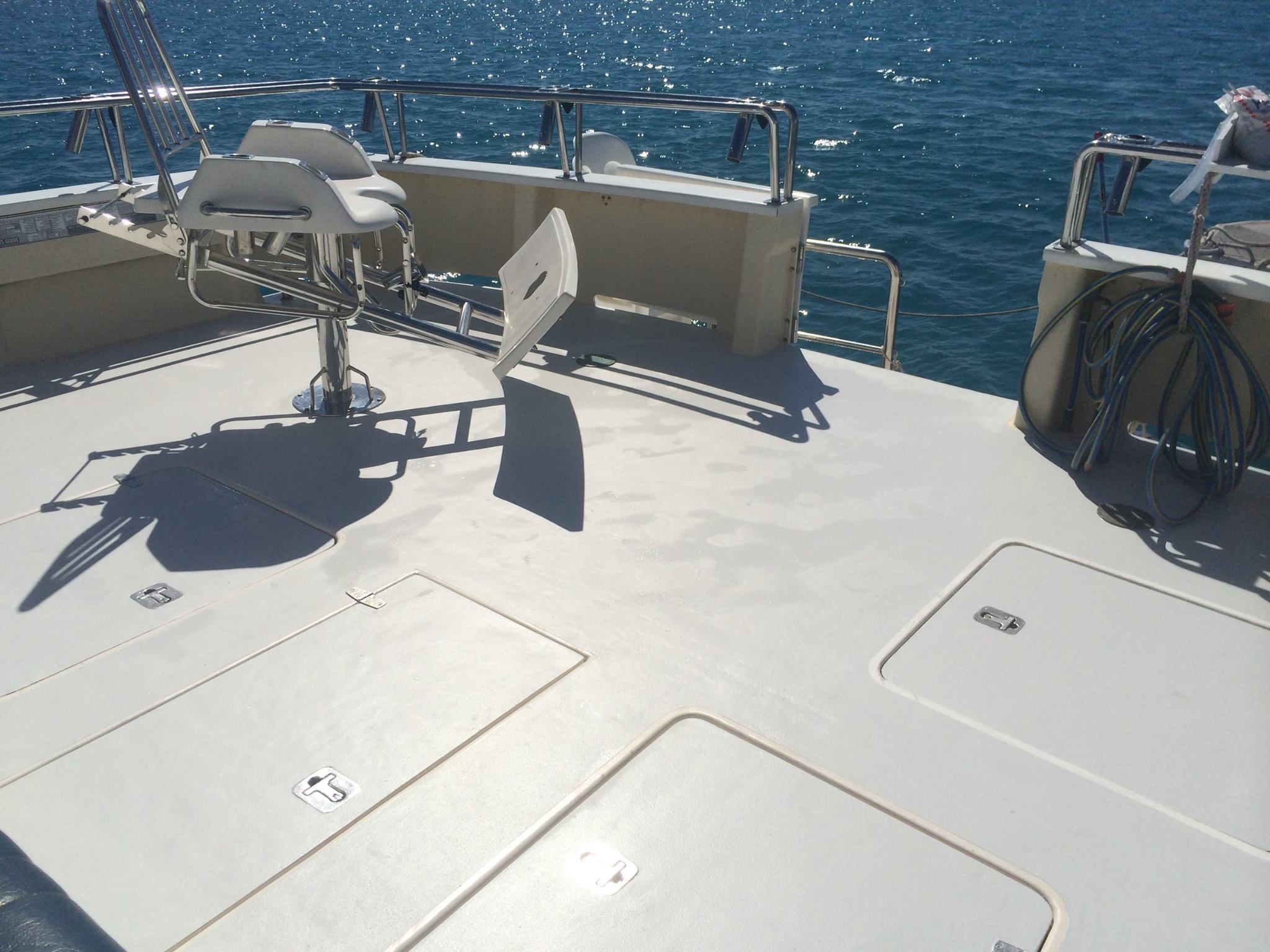 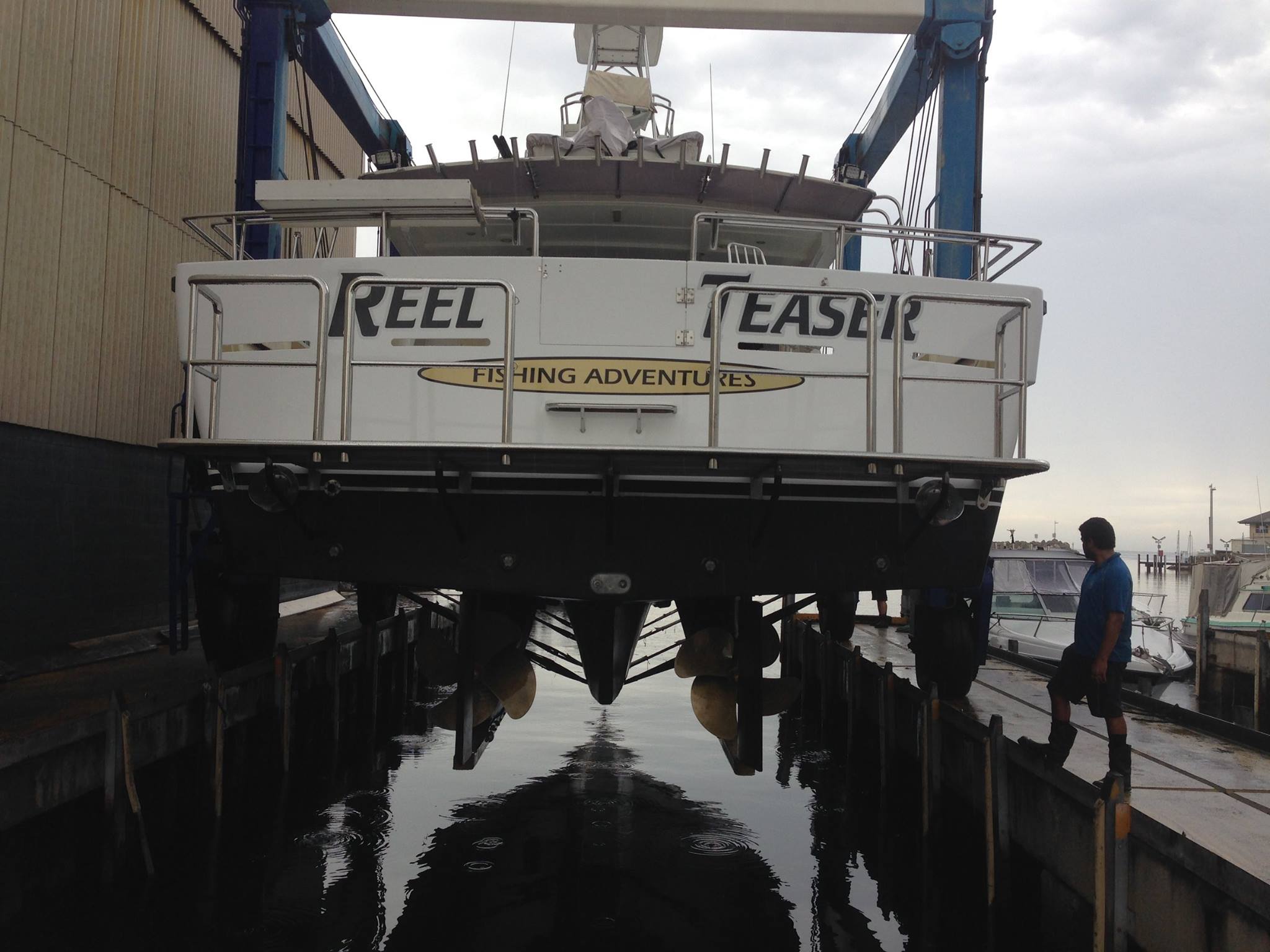 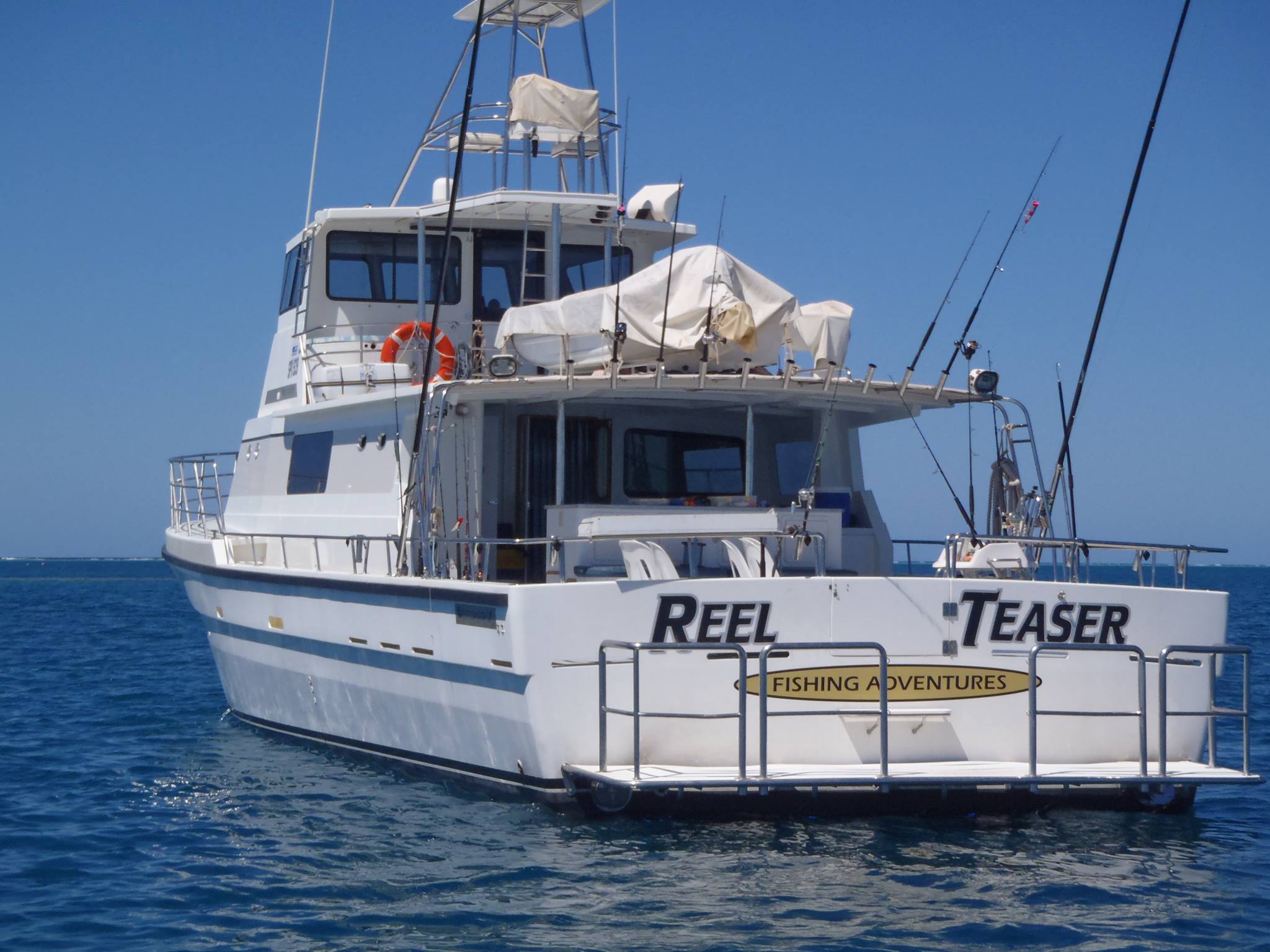 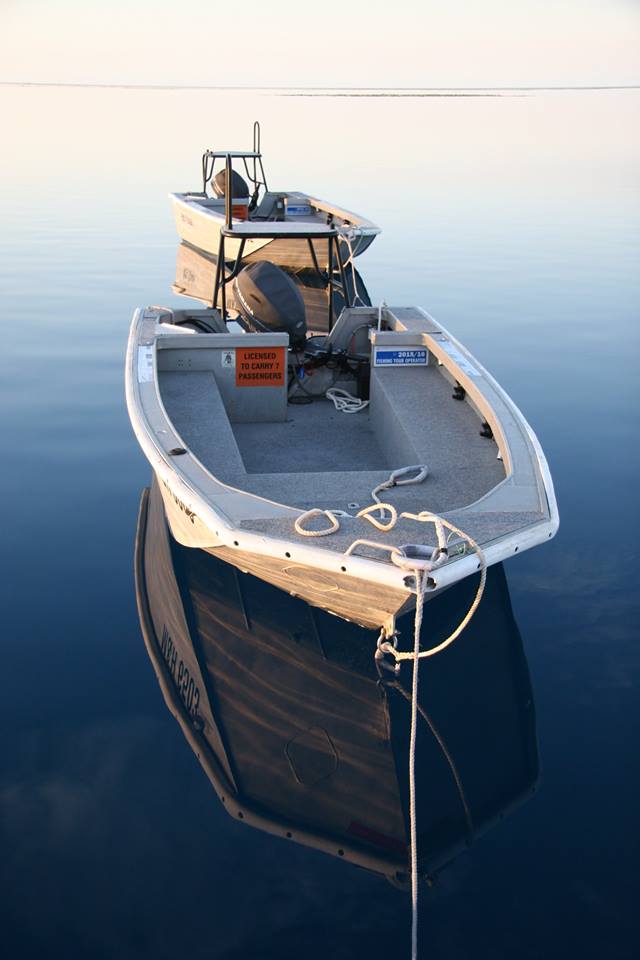 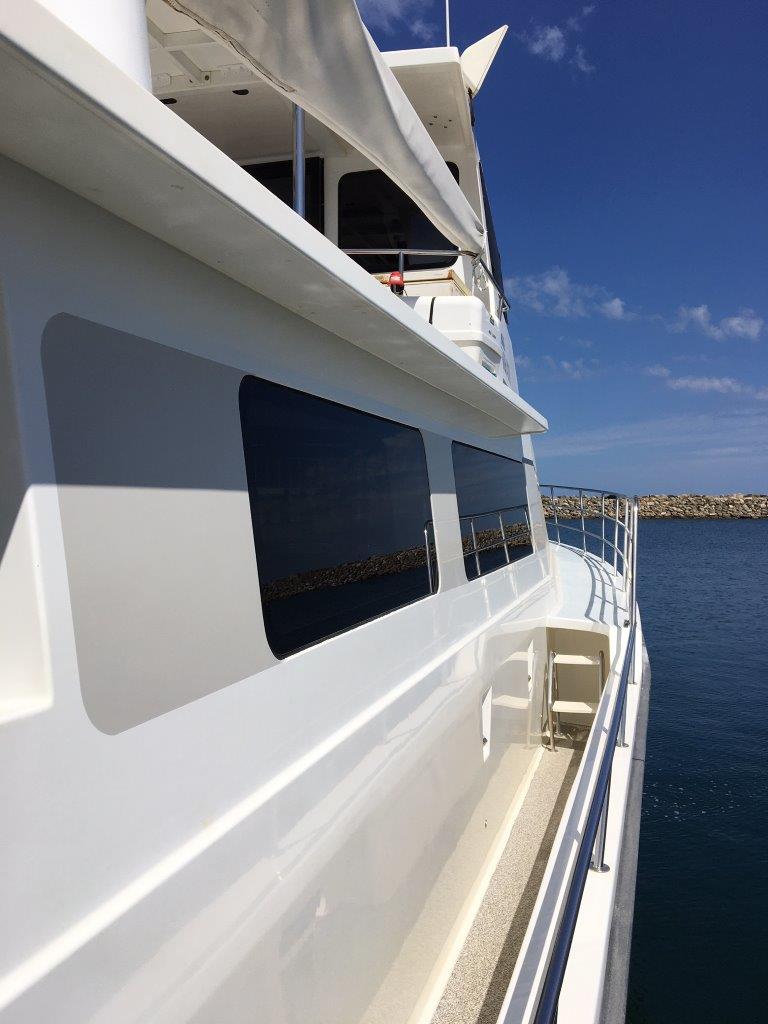 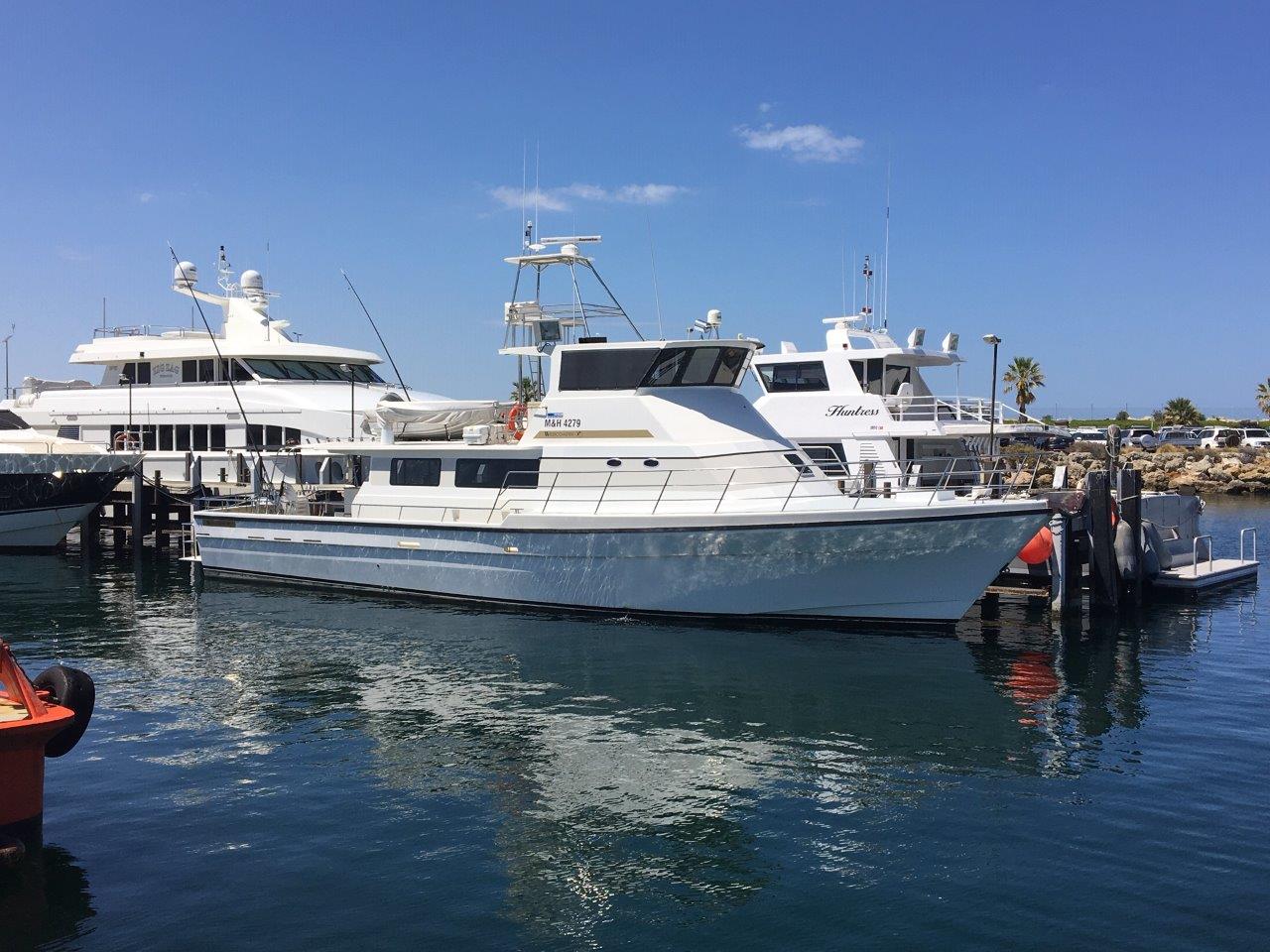 Reel Teaser is one of Australia’s best 65ft Westcoaster’s on the water.  The vessel was launched in 1995 as a commercial longliner then refitted in 2008 by the current owners who spent over $1M to transform it into a custom long range liveaboard vessel.  She holds 7000lt of fuel and has a range of over 1000nm and has been designed especially for extended trips into the Kimberley and anywhere out to 200nm including the Rowley Shoals and Scott Reef.

In 2011 she was re-powered with twin 600HP Yanmar 6HYM-ETE engines, she has 2 generators (a 25kVA and 19.5kVA), her desalinator can produce 5000lts of fresh water per day and she has huge amounts of storage.  She also comes with BBQ area, Ice Machine and a davit suitable to lift a 600kg tender or jet skis.  She has two steering stations, one in the enclosed flybridge and one in the tuna tower.

The accommodation aboard consists of 5 cabins with 2 separate toilets and showers.  She boasts a very workable galley with ample refrigeration and freezer space and is fully air conditioned throughout. The vessel has just been slipped and anti-fouled in Fremantle during Feb 2020

This vessel has been kept in immaculate condition and is currently operating as a charter vessel out of Broome.  Inspection is highly recommended.

Salters Boats is located on the waterfront of Fremantle Fishing Boat Harbour, the heart of the West Australian fishing industry.